After alleged ax murder: fugitive is said to have raped ex-girlfriend 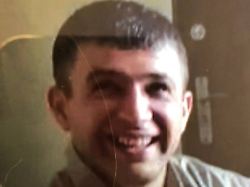 In Kalletal, a man is said to have killed a rival with an axe. His ex-girlfriend accuses the alleged perpetrator of raping her afterwards. Apparently she had to witness the killing first hand.

In the case of the 39-year-old who was killed with an ax in Kalletal in the Lippe district, the suspect is said to have raped his ex-girlfriend immediately after the bloody act. As the chief prosecutor Christopher Imig confirmed, the 24-year-old made a statement to the investigators. There is initially no reason to doubt the information provided by the woman, says Imig.

The results of further investigations are still pending. The 36-year-old suspect is said to have killed the victim with an ax out of jealousy on Saturday night. As the prosecutor has now confirmed, the victim had a relationship with the ex-girlfriend of the alleged perpetrator. The two were therefore in bed when the 36-year-old killed the 39-year-old. After the ax blows, the 36-year-old is said to have dragged his ex-girlfriend into the bathroom and raped him there.

He then forced her and her two young children into a car and sped away, according to investigators. On the way he was stopped by the police and fled. The police are still looking for the man from Azerbaijan. There is now an international arrest warrant.

The investigators called the man’s full name – Elchin Agaev – for the manhunt and published a photo of him. They warned citizens not to approach the man. The suspect has a distinctive scorpion tattoo on his right arm and a sword emblem on the inside of one forearm. Acquaintances of the suspect or people who can provide information about his whereabouts should contact the police immediately, it said.

Please contact the “Weser” murder commission at the police in Bielefeld on 0521-545-0 or any other police station on 110.