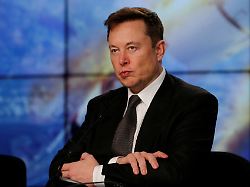 One of Elon Musk’s children breaks names with the billionaire. In addition to changing her first name due to her gender identity, Musk’s 18-year-old daughter is also changing her last name. A court agrees to her request.

From now on there is one Musk less: One of the children from Elon Musk’s marriage to his ex-wife Justine Musk is allowed to take a new name. A court has approved the requested name change, as the US magazine “People” and the celebrity portal “TMZ” report, citing available documents.

A Los Angeles judge has allowed 18-year-old Xavier Alexander Musk, who identifies as a woman, to change her name to Vivian Jenna Wilson. She is now also to be issued with a new birth certificate that reflects her gender identity. Wilson is her mother’s maiden name, who was married to the billionaire between 2000 and 2008. From the relationship of the entrepreneur and the writer come four more children, their first-born baby died in infancy.

Apparently, Vivian also wanted to break with her father with this step. On the one hand, she justified her original application, which she is said to have submitted shortly after her 18th birthday, with her gender identity. On the other hand, it stated “that I no longer live with my biological father or want to be related to him in any way”. Nothing is publicly known about the relationship between the 50-year-old entrepreneur and his daughter.