Body in the Brandenburg Forest: 41-year-old hunter arrested on suspicion of murder 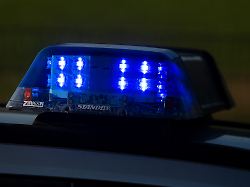 The body of a 27-year-old man was found in a forest near Frankfurt an der Oder. So far there has been no trace of the alleged perpetrator. Now the police are arresting a 41-year-old hunter who is already known to the officers for other crimes.

After the body of a 27-year-old was found in a Brandenburg forest, a 41-year-old hunter was arrested. As the police and public prosecutor’s office in Frankfurt an der Oder announced, special forces arrested the man from the Jänickendorf community on Tuesday. The next day, the District Court issued a warrant for his arrest for murder.

The accused is therefore urgently suspected of having killed the 27-year-old. His body was found in mid-May in a forest in the municipality of Rüdersdorf on Woltersdorfer Straße. The 41-year-old denied the allegations.

According to the police, the suspect is a hunter and was sentenced to a fine in 2019 for violating the weapons law. During the arrest, investigators from the homicide squad also searched the man’s apartment and confiscated his vehicle, several long and short guns and ammunition, among other things. The investigation and the evaluation of traces continued.