Expropriation “not feasible”: Lauterbach considers the privatization of nursing homes to be a mistake 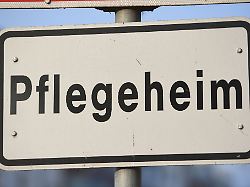 In Germany, 45 percent of old people’s and nursing homes are operated by international corporations and financial investors. This is a consequence of the long-term care insurance introduced in 1995. Looking back, Federal Minister of Health Lauterbach is more than unhappy with this decision.

In retrospect, Federal Health Minister Karl Lauterbach believes that the privatization of nursing homes was a mistake. “Looking back, I would have thought it would have been right if care had simply remained a municipal task,” said the SPD politician in an interview with Günter Wallraff for the RTL format “Team Wallraff – Now even more so!”. At the moment, however, he sees no legal way of enforcing this: “The private investors cannot simply be expropriated. That is not legally feasible.”

With the introduction of long-term care insurance in Germany in 1995 became the market for private providers opened. Previously, care was a matter for families, churches and charities. International corporations and financial investors are now active in the German healthcare system. Such providers operate almost 45 percent of nursing homes in Germany. Another 50 percent are accounted for by non-profit organizations, i.e. churches, but also DRK, AWO and other welfare organizations. Only five percent of old people’s and nursing homes are still municipally owned.

Lauterbach admits to having partially lost control of the nursing homes, which are run by international corporations. “We don’t know exactly who owns these care facilities anyway? Who is making a profit from these care facilities at the moment?” This is obviously wrong. The aim must now be to start at the end of the care so that “the quality of care is the same everywhere – no matter who owns the facility”.

In February, RTL reporters documented numerous abuses during investigative research in nursing homes operated by private equity firms. These include care mistakes, reduced meals, lack of bed linen or care materials and so few staff that there is hardly any time to care for the elderly.

RTL will show the interview with Health Minister Karl Lauterbach tonight from 8:15 p.m. in the new edition of “Team Wallraff – Now even more so!”. “Deported and forgotten: The undignified business with old people in our nursing homes” can be viewed via our streaming service RTL + look at.