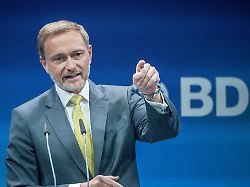 Finance Minister Christian Lindner is urging the citizens of Germany to face a long phase of deprivation. The reason for this is rising prices as a result of the Ukraine war. The FDP boss sees “a very worrying situation” coming.

Against the background of the Russian war of aggression against Ukraine, FDP Federal Finance Minister Christian Lindner has warned of a serious economic crisis. “There is a risk of a very serious economic crisis due to the sharp rise in energy prices, due to supply chain problems, due to inflation,” he said on Tuesday evening on ZDF’s “heute journal”.

“My concern is that in a few weeks and months we could have a very worrying situation,” the minister said. “And in this situation we can’t be choosy. It’s about three to four, maybe five years of shortage and we have to find an answer for that.” It is therefore necessary to talk about all the options, including extended operating times for the three nuclear power plants in Germany that are still operational.

Against the background of the lack of gas deliveries from Russia, the FDP is calling for the continued operation of the three German nuclear power plants still in operation to be checked at least once more. The SPD and the Greens, on the other hand, see no reason to deviate from the nuclear phase-out schedule. According to current nuclear law, the three remaining nuclear power plants must be taken off the grid by the end of December at the latest.

In the traffic light coalition there is currently “no agreement” on this question, but no dispute, said the FDP leader. “In any case, I’m not satisfied that we are extending the climate-damaging coal, but not even considering the possibilities of nuclear energy,” he said.

With regard to the lack of Russian gas supplies, Lindner emphasized that Russian President Vladimir Putin “does not have us in his hands, we are the designers of our destiny”. Germany can diversify its energy supply, close other supply chains and act freely. In addition, domestic gas and oil deposits could be used. “There must now be no taboos when it comes to controlling price developments for people,” said Lindner.