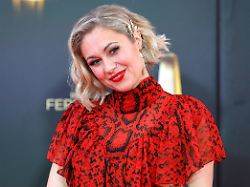 there are things! That’s what Ruth Moschner thinks when she comes across a book called “Penis-Theater” and is publicly amused about it. But then her laughter gets stuck in her throat. And not only you, but also the publisher, who is now taking the book off the market.

“Penis-Theater – The big show for the little friend” – that’s the title of a book that at first glance seems like a stupid but harmless accessory for borderline moronic groups of old men, bachelor parties in Mallorca or terrific party evenings. After all, the twelve-page work is about filling in caricatures with a hole in the middle with the “little friend”. For example, the elephant, the chameleon or the magic cylinder would only be completed in this “enchanting picture book”, according to the original advertising text for the product.

“Brand Wichtel gift”, she too thought at first, admits moderator Ruth Moschner. “I thought it was hilarious,” she explains, which is why she chose the book as a kind of find of the week a few weeks ago and was amused about it publicly on social networks.

A user’s comment made it clear to her that the shot backfired. “This book is not a bit funny. Pedophiles like to use it for their victims, and when a public person like Ruth Moschner makes fun of it, the limits are far exceeded,” the observer said, raising awareness of the problem in the moderator.

“I’m getting more than sick,” the presenter admitted on her Instagram page a few days ago in view of this new finding. At the same time, she began her campaign to ban the book from the market. With rapid and resounding success, as she has now announced. According to Moschner, the Riva publishing house, which published the book, informed them that it would stop distribution immediately.

“I have to admit that I also shed a few tears of emotion,” explains the 46-year-old. “I really appreciate that. Because even if the intention of the book was humorous, the publisher takes the subject seriously, doesn’t trivialize it and acted immediately. A big thank you for that,” she continues. It will take some time before the book has completely disappeared from the market. “But it happens,” Moschner is sure.

The moderator does not hide the fact that there is now also criticism that the pulping of the book may overshoot the mark. So she posted another letter on her Instagram page. “I got this ‘penis book’ 13 years ago from a friend for my 25th birthday at the time. I never thought it would make such waves after all these years on the market,” it reads. And further: “The topic is of course very important in general, but will we soon start banning stuffed animals because pedo assholes play sex scenes with them for the children?”

However, Moschner does not want to accept this. “A cuddly toy (…) ‘disguises’ or belittles any genitals. The main target group of teddy and co. (…) are children. But the ‘penis theater’ is clearly aimed at people with full-grown genitals,” she notes. Certainly many would have smiled innocently about the book in the past. “But there’s obviously another target group, and you can’t get these images out of your head when you strip your own naivety,” she explains, which is why she thinks it’s right that the “penis theater” is now over is.