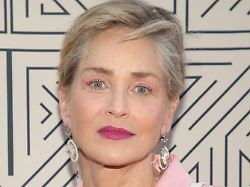 For the first time, Sharon Stone opens up about how many miscarriages she’s had in her life. According to her, this was due to various illnesses. What is particularly bad for the actress is the feeling conveyed by society that she has to cope with everything alone.

In her autobiography “The Beauty of Living Twice”, Sharon Stone tells of numerous traumatic experiences in her life, including several miscarriages. Commenting on an Instagram post for People, Stone revealed that she’s lived through this tragedy nine times. “I’ve lost nine kids to miscarriages,” the star wrote.

“It’s no small matter, physically or emotionally. And yet we’re made to feel like this is something we have to deal with alone and in secret, believing we’ve failed.” She posted her comment during an interview with the site with dancer Peta Murgatroyd, who revealed she had suffered a miscarriage.

Last year, Stone spoke at length on the BBC radio show Woman’s Hour about what caused the miscarriages. In addition to an endometriosis disease, the so-called “rheumatoid factor” was also responsible.

“As a result, my body couldn’t keep the embryos,” Stone said. What helped her a lot back then was the feeling of “global sisterhood”, for example in the form of nurses: “When I lost my last baby, I went through 36 hours of labor without giving birth afterwards. The nurses even stayed on their days off with me. Without her I would have been alone.”

Despite this “devastating experience,” she never gave up on her desire to have children. Stone is a mother to three sons through adoption: Quinn Kelly, Laird Vonne and Roan Joseph.