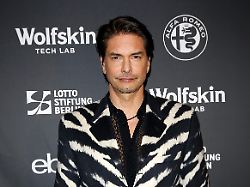 For years it has been quiet about Marcus Schenkenberg’s relationship status – but now the Swede surprisingly posts a photo of his newborn son. The top model unexpectedly became a father. However, the 53-year-old does not reveal who the mother is.

Fatherhood with Marcus Schenkenberg: The Swedish top model has surprisingly become a father. The 53-year-old shared the happy news with a cute photo on Instagram. His child is wrapped in a light-colored baby blanket and looks sleepily at the camera. Schenkenberg has already revealed his son’s name: “Welcome to the world, my beautiful little boy Collin!” he wrote on his post.

Numerous congratulations were collected under the post. Danish model Heidi Albertsen wrote: “Congratulations! He’s very pretty!” Actress Natalia Avelon was also happy with the new father: “Oh, that’s such good news, Marcus! Welcome to our little planet, Collin! I wish you all the best in this world.” US actress Angelica Bridges noticed the resemblance between father and son: “Great! Congratulations! Another supermodel, your mini-me!”

Schenkenberg’s manager told the “Bild” newspaper: “It’s a surprise child! Marcus is very happy.” It has always been the model’s “dream” to “become a father”. Schenkenberg “always assumed that if it happened, it would be a surprise child”. It is not known who the child’s mother is.

Schenkenberg has had many relationships with celebrities in the past. Among others, he is said to have been in a relationship with Mariah Carey, Nicky Hilton, Victoria Silvstedt and Jessica Simpson. He was in a relationship with Baywatch star Pamela Anderson from 2000 to 2001. In 2011 he introduced his girlfriend – a jewelry designer from New Jersey – in an interview with RTL. It’s unclear if the two are still together – after a split in 2012, the couple apparently got back together in 2013. Since then, it has become quiet about the Swede’s love life.