Traffic light not in agreement: FDP leader Lindner follows up on the combustion engine Zoff 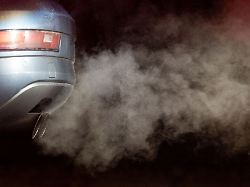 From 2035 there will be an EU-wide ban on the sale of new cars with internal combustion engines. This is an absolute no-go for the FDP. The Liberals spark an open dispute with their Green coalition partner. But even without German agreement, a ban could come at EU level.

Finance Minister Christian Lindner has called for improvements in the dispute over the planned EU-wide end of combustion engines from 2035 and at the same time signaled a willingness to talk. The head of the FDP said on the sidelines of a trade union conference of the German tax union in Berlin that synthetic fuels as an option should have a perspective. “Climate neutrality is just as possible with synthetic liquid fuels in piston engines. If this can be mapped at European level, there is nothing to prevent approval.” However, the current proposal is not enough. “That means we can speak again if the legislative proposal had been modified,” said Lindner.

FDP parliamentary group leader Lukas Koehler also confirmed that Germany could not agree to the EU plans “in the form now proposed”. “It would be a big mistake to ban the internal combustion engine and thus also exclude climate-neutral fuels from the competition for the best climate protection technologies,” said Köhler. According to Köhler, even if the ban were to come into effect, “far more than a billion existing vehicles with internal combustion engines around the world would need a climate-friendly perspective”. He fears that a ban would slow down their development.

Government spokesman Steffen Hebestreit said about the dispute in the coalition about phasing out combustion engines, the federal government is currently in talks. Then it will be announced how she will behave in the responsible EU committee. The FDP rejects a ban on the sale of new cars with combustion engines from 2035 at EU level. The liberals are demanding that vehicles with combustion engines can also be newly registered after 2035 if they can be proven to be fueled only with e-fuels. However, the plans so far do not provide for this.

The Green-led Ministry of the Environment, on the other hand, advocates phasing out combustion engines from 2035. At the meeting of EU environment ministers next Tuesday, the EU states want to adopt their position on the project. The decision does not have to be unanimous, a qualified majority is sufficient. Germany could also abstain from the vote if the fronts remain as hardened as they are at the moment.

On Tuesday, Environment Minister Steffi Lemke said at an event on the mobility transition that the “entire federal government” had agreed in March to “support the EU Commission’s proposal in all forms to only allow zero-emission vehicles from 2035”.

According to Lemke, climate-friendly drives are needed for the car. “And that’s why we need the approval of the federal government and Germany for the Commission’s proposal to phase out combustion engines by 2035.” Regarding Lindner’s repeatedly expressed concerns about the end, Lemke said: “I strongly advocate that the federal government stick to its previous common line on the planned end of combustion engines in Europe from 2035.” The proposals of the EU Commission and the compromises reached are reasonable.