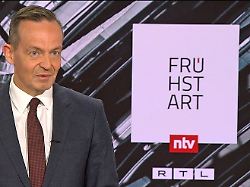 Transport Minister Wissing is against the EU’s planned ban on new registrations with combustion engines. In addition, he excludes an extension of the 9-euro ticket in the “early start”. He wants “that in Germany you can set the clock by the train again”.

Federal Transport Minister Volker Wissing supports the opposition announced by Finance Minister Christian Lindner to the planned EU ban on the new registration of combustion engines from 2035. “That is the attitude of the FDP,” said Wissing in the “Frühstart” of ntv. “We want climate-friendly combustion engines to be approved beyond 2035, and for the FDP, synthetic fuels are part of that,” said the Minister of Transport. His party will not rule out any technology that can be used to achieve climate goals.

“It’s important to us that society remains mobile,” said Wissing, pointing out that in the past it had been seen that the discussion about exit scenarios had not been promising. Rather, one must ask oneself how to get started with climate-neutral mobility. Lindner announced on Wednesday that Germany would not support the European plans for the de facto end of combustion engines from 2035. There are “talks” in the federal government about the issue, as a government spokesman said on Wednesday.

Wissing also commented on the 9-euro ticket. He is satisfied with the development so far. “I am pleased that the measure is so well received and accepted.” The 9-euro ticket has exceeded the expectations of many, said the transport minister, especially with regard to the prime ministers: “Many federal states didn’t want the ticket at all, and now they don’t want to get rid of it anymore.”

However, the Minister of Transport ruled out an extension of the 9-euro ticket: “It’s not possible in the long term, because the ticket costs over a billion euros a month.” Therefore, the temporary measure must now be evaluated and then discussed with the federal states how the bus and train service can be improved.

In view of the weaknesses of the railway, which the 9-euro ticket revealed – overcrowded trains, cancellations and delays – Wissing announced a general renovation of the railway, which he wants to make a top priority. “I understand that people are dissatisfied and I can understand that,” said Wissing. “The situation can’t stay like this. We want people in Germany to be able to set the clock by the train again.” Wissing left open the cost of this renovation, but emphasized that he had the finance minister’s support for the investments: “Christian Lindner agrees with me – investments in the infrastructure are necessary.”