“We are in a gas crisis”: The best tips for saving gas 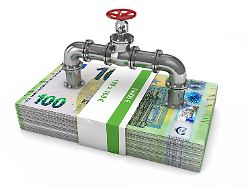 “The situation is serious,” said Federal Minister of Economics Habeck. And in view of the decline in gas supplies from Russia, calls for the second stage of the gas emergency plan. With just a few changes, every household can reduce its gas consumption.

Energy prices are exploding, the supply of gas from Russia is declining and Federal Minister of Economics Robert Habeck calls out the second stage of the gas emergency plan. “We are in a gas crisis. From now on, gas is a scarce commodity. Prices are already high and we have to brace ourselves for further increases,” said Habeck. Now the gas storage tanks would have to be stocked up and more gas would have to be saved. Gas is typically used for hot water supply outside of the heating period. However, 85 percent of gas consumption in German households is used for heating.

So much for the bad news. Because the matter of saving gas can be easily implemented by each individual, as the consumer advice center (VZHH) informs. This not only saves gas supplies, but also protects your wallet.

Anyone who showers every day and stands under a normal shower head for 8 minutes pays around 280 euros per year at the current gas prices, according to the comparison portal Verivox. If the shower time is halved, around 140 euros can be saved per year. If the hot water is heated with electricity, which is the case in around 20 percent of German households, the annual costs for a daily 8-minute shower are 611 euros per year. Anyone who reduces the shower time to 4 minutes saves around 306 euros a year.

Of the interactive shower calculator The consumer advice center shows how many kilowatt hours of energy a shower consumes. This also shows that, of course, you save if you don’t take a very hot shower. In principle, households that heat their hot water via gas heaters or gas boilers can actively minimize their consumption.

In order to save energy, the heating should not run all year round, but should be switched to summer mode. This switches off the heating circuits and only provides warm water. Older boilers have to be converted manually, newer ones do this automatically. However, the heaters often only switch over automatically when the outside temperature reaches 15 degrees.

thermostat on the heater

A thermostatic valve only allows hot water to flow through a radiator until the desired temperature is reached. What temperature that is depends on personal feelings and how the room is used. Temperatures between 18 degrees in the bedroom and 21 degrees in the living room are usually sufficient. In unheated rooms, the temperature should not fall below 16 degrees – otherwise there is a risk of moisture on the walls and mold if there is not sufficient ventilation at the same time.

With a standard thermostat, level 2 corresponds to about 16 degrees, level 3 to about 20 degrees and level 4 to about 24 degrees. For every degree less, you save around 6 percent on heating costs.

Be sure to keep radiators free

Otherwise, the heating energy cannot be fully utilized because the living spaces cannot be heated evenly. A simple rule is that every radiator should be clearly visible so that the air in the room can flow around it unhindered. It is just as important to keep the radiators clean, as dust deposits reduce the heat output.

If the radiators are not fully warmed up or you can hear gurgling noises, air is usually involved. The heating system has to use more energy to heat the premises. This can be remedied by venting with a vent key. This is a simple and uncomplicated way of letting the air out of the warm radiators. The pressure in the heating system must be checked both before and after venting, and water may also have to be topped up. In an apartment building with central heating, it is advisable to consult the landlord or the property management company, because tenants cannot check and adjust the heating pressure themselves.

Those who know their specific costs and potential savings have a greater incentive to save. The heating cost regulation ensures better billing and information in rented buildings. In some cases, the heating bill is so extensive that an individual consultation is recommended in order to understand it. The information it contains on heating and hot water consumption, costs and comparability are worth real money. Free advice is available at consumer centers.

Leaking external doors and windows increase heat losses in the house and apartment and create unpleasant draughts. To check the tightness of windows, a sheet of paper can be clamped between the frame and the closed window. If the paper cannot be pulled out, the window is tight enough. A sealing profile can usually be easily attached to house and apartment doors in order to minimize heating losses.

According to the Fraunhofer Institute for Solar Energy Systems (ISE), 10.4 percent of electricity in Germany was generated with natural gas last year. In this way, gas can also be saved if less electricity is consumed.

By the way: In the event of supply bottlenecks, private households are among the “protected customers”. In contrast to many companies, the gas supply is the last to be discontinued for consumers. Apart from that, the VZBV demands that profits in the fuel, gas or oil crisis should not flow to companies at the expense of consumers. The federal government must put a stop to this. The consumer advocates have also already called for a third relief package, which is now being urged all the more urgently.